The 2021 call for the Community Service (“Servizio Civile Universale”) has been published.

In Ragusa, Siracusa and Trapani you can work with Samot Ragusa Onlus, joining our “Avrò cura di te” project. 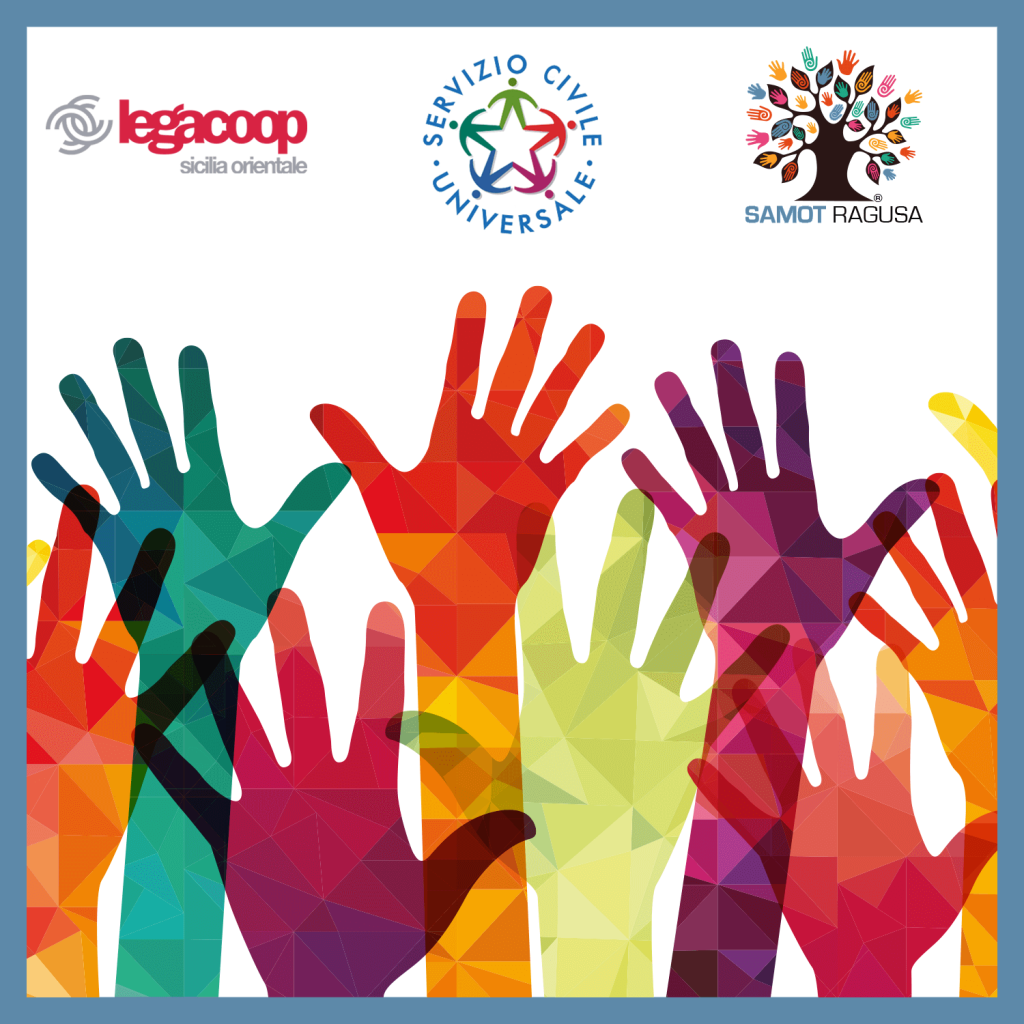 The possibility of living an important training experience for young Sicilians has also been confirmed for this year. The call for the recruitment of community service operators aged between 18 and 28 has been published, expiring on January 26, 2022 at 2.00 pm.

Applicants have to submit the form exclusively through the platform accessible via PC, tablet and smartphone CLICKING HERE. Within the platform it is possible to search and choose the “Avrò cura di te” project, promoted by Legacoop Sicilia and Samot Ragusa Onlus, and operating in Ragusa, Siracusa and Trapani. The project is active in the “Assistance” Sector, with Intervention Areas “A.4 Patients suffering from diseases temporarily and / or permanently disabling and / or in the terminal phase”.

All the information necessary to partecipate is available on the website: www.scelgoilserviziocivile.gov.it

It is possible to submit only one application.

With the exception of members of the military and police forces, young people, without distinction of gender, who, on the date of submission of the application, have reached the age of 18 and have not exceeded the age of 28, may participate in the selection, if they are in possession of the following requirements:

The participation requirements must be held on the date of submission of the application and, with the exception of the age limit, maintained until the end of the service.

Young people can apply if:

Operators previously admitted to the service who quit due to maternity leave can also apply, if they meet the requirements and have not completed six months of service.
Selections will take place on the basis of the criteria defined by the Dipartimento delle Politiche Giovanili e del Servizio Civile Universale.
Fill out the form below

In the “Forms” section you can read and/or print out the prescribed application forms.